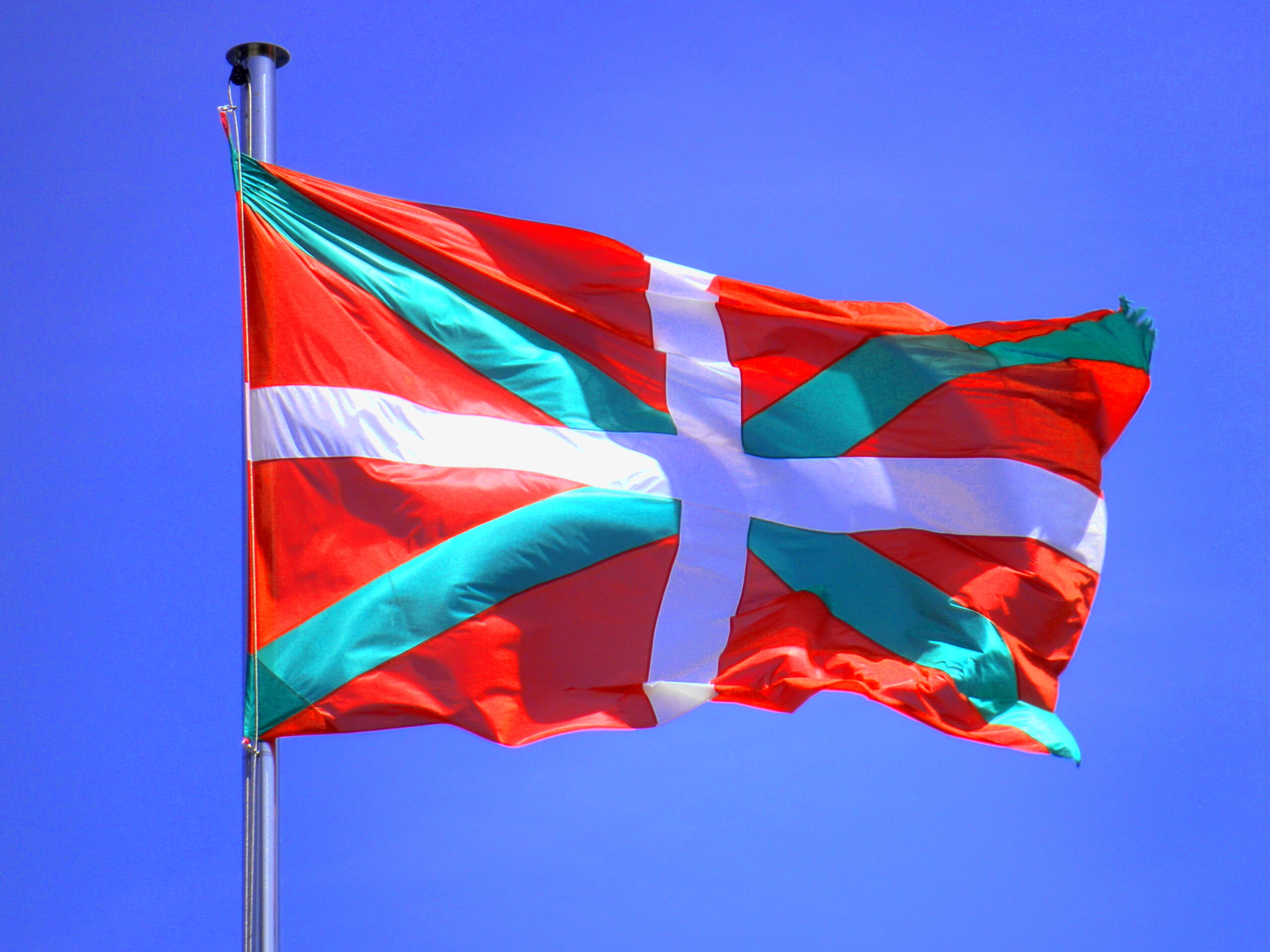 Basque, or euskara, is the official language of the Basque Country. It is a well-known language for nerdy linguists. You’ve probably heard it’s a language isolate with an unknown origin, that it has a weird word order, peculiar sounds, and no gender whatsoever. Some rumours are true, for instance that its weird order is that the verb always comes at the end, like: “the woman the book reads”. The statement about gender needs a little explanation. And since I’m a native Basque speaker who happens to be a linguist writing for this blog, let me offer that explanation.

Why Basque is so special

But first, please allow me to praise my mother tongue by briefly summarising and translating a list that Peter Bakker wrote for this great article one year ago. We’ll get to gender in a bit, I swear.

And I would go on and on describing more amazing and unique characteristics that show why I (and many others) find Basque to be such a special language. But I better move on to the relevant topic here: gender.

How Basque is a genderless language (and how it is not)

Basque is categorised as a genderless language, just like other languages such as Turkish, Finnish or Swahili. This is because these languages indicate no ‘referent gender’, i.e., the gender that reflects the actual properties of the referent of the noun phrase, as opposed to the ‘lexical gender’. Genderless languages lack this property in nouns, pronouns, and adjectives.

For example, Basque words lagun ‘friend’, polit ‘pretty’ and maite ‘beloved’ are all gender-neutral. And you might say “But all those words are also neutral in English”, and you would be totally right, but, nevertheless, you would still need a pronoun (and probably a gendered one) to describe your beloved, pretty friend in English. In Basque, all pronouns are gender-neutral, including the third-person singular hura, which can be translated as ‘he, she, it or (singular) they’. The same is true for possessives: there is no difference between “his” and “her”: in Basque it is just bere (his/her/their own) or haren (the other person’s).

In any way, Basque and other genderless languages still incorporate gendered forms within their expressions. For example, Basque uses many lexically gendered nouns, such as ama ‘mother’, osaba ‘uncle’, and emakume ‘woman’. Furthermore, some Basque dialects (and yes, there are many) also mark the gender of borrowings taken from Spanish, a gendered language. People may say tonto about a silly/foolish man, and tonta about a silly/foolish woman, borrowing words from Spanish.  A third example would be that, in the dialects closest to France, it is common to add the postposition -sa to Basque nouns when they refer to women. For example, gender-neutral noun ikasle ‘student’ becomes feminine-only ikaslesa, at the example of French écolier/écolière. A last example of how gender is still a big part of some Basque speakers is related to hitano, which I have briefly mentioned above.

Hitano is also known by the names hika, hiketa, toketa eta noketa, and toka eta noka. It refers to the use of Basque verbal forms that contain what is called allocutive agreement. In case it does not ring a bell, the allocutive agreement marks a property of the addressee in the verbal forms. In the case of Basque, this property is the gender of the person. Hitano, though, is only spoken in dialects that use the familiar treatment through the pronoun hi ‘you (sing., informal)’.

To briefly explain this as best as I can, consider the following sentences, which all mean ‘I am your friend’:

Sentence (1) is a common, non-hitano form that uses the singular, second-person pronoun zu, which is highly formal for hitano speakers. This is the one I, a non-hitano speaker, would use when speaking to anyone. On the other hand, sentences (2) and (3) are in hitano, which can be seen in the possessive determiner hire ‘your (sing., informal)’ and the copulative verbal forms nauk and naun. The first one, nauk, indicates that the addressee is a man, while the second one, naun, indicates that the addressee is a woman. The masculine speech form of hitano is commonly referred to as toketa or toka, whereas the feminine one is noketa or noka.

This is a basic summary of what hitano consists of. There are of course many other verbal forms, both in their toka and noka versions, but please do not expect me (again, a non-hitano speaker) to describe them all in here. In fact, many hitano speakers nowadays also struggle with learning them, especially the noka forms, which have disappeared in many dialects.

Unfortunately, I am unable to find maps that show the different areas and people who currently speak hitano. In any case, throughout the 20th century, it was regarded as a speech with little or no prestige, badly-spoken and even dirty. Due to this, fewer and fewer people used the forms, using instead the more formal pronoun zu. In some places, though, the toka was kept, mostly in the man-to-man interactions. A woman speaking noka, though, was regarded as even more vulgar, so many of them simply stopped using it. These social stigmas and linguistic changes generated unusual circumstances in which a father would speak hitano to his sons but not his daughters or wife.

Nowadays, though, a very recent social movement is taking place. Women from different towns are reclaiming their agency by actively deciding to learn and speak noka to each other. They also invite men, who for generations have avoided the use of noka, to do so as well when addressing women. This movement hosts events and social activities that make hitano, and especially noka, their main subject, raising awareness about the issue. For example, some women have created flyers and a free app that teach the grammatical rules of noka, while others have hosted bertsolaritza competitions with noka as the central topic of the songs. Please, do yourself a favour and read about it if you don’t know what bertsolaritza is.

As a final note, I would like to paraphrase what one of these activists says in this amazing video released by the Basque magazine Argia (sorry, no subtitles available). They say that the noka is nowadays available for all those who would like to express themselves as feminine, highlighting that LGBT+ people are more than welcome to use it.

An important point to keep in mind is that the lack of grammatical gender in a language might not mean that its speakers lack sexist attitudes. Hitano and its relation to masculinity and brotherhood might bring some people together, but this sort of exclusivity has definitely alienated Basque women, as well as those who are gender-nonconforming. But, as it often happens, the language is being modified by the speakers themselves. And I gladly applaud this, especially if it serves as a means to reclaim one’s agency. And what can other language speakers do, if not learn from and admire them?

Bereziartua, G., & Muguruza, B. (2021). Basque informal talk increasingly restricted to men: The role of gender in the form of address hika. Journal of Language and Linguistic Studies, 17(1), 360-376. Retrieved from: https://www.jlls.org/index.php/jlls/article/download/2424/806

And if you speak Spanish, there is a short YouTube video that briefly explains hitano: https://www.youtube.com/watch?v=EuDUCZQkEiA

Jon Lapresa-Serrano is a recent M.A. graduate in Linguistics from the Basque Country who is currently interested in gender use, psycholinguistics and how these are affected by multilingualism. 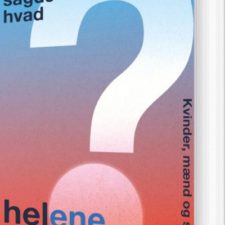 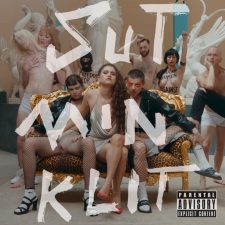 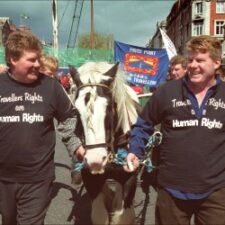 2 thoughts on “Basque and gender: how a genderless language also suffers from gender inequality”