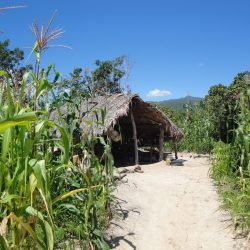 I did fieldwork in the state … ↪