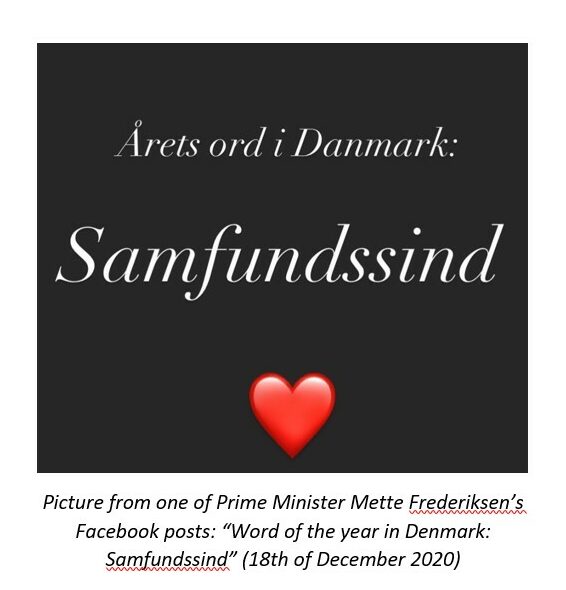 Along with the word “hygge”, the Danish word “samfundssind” (roughly ‘community mindedness’) has recently become one of the few internationally known Danish words. The concept it stands for has achieved worldwide credit for the comparatively successful handling of the COVID-19 crisis in Denmark.

The word was first introduced into the Danish language in 1936 by Thorvald Stauning (Danish Prime Minister 1924 – 1926 and 1929 – 1942) to urge the Danish people to solidarity in the difficult times around World War II. Since then, the word has been used, but without anyone paying too much attention to it (the online dictionary of The Danish Language Council ordnet.dk quotes, for example, a passage from the regional newspaper Fyens Stiftstidende from 2007: … ↪