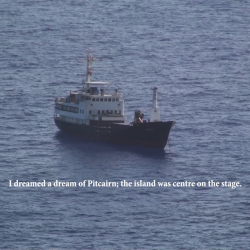 I write this purposefully provocative piece from Adelaide, South Australia. The University of Adelaide is where I studied linguistics as a graduate student from 2007-2011 and where I worked as a postdoctoral researcher from 2011-2013. From one of my intellectual ground zero points I want to ask myself: what did I learn about linguistics during that time? And further: what can linguistics as a discipline do for me and possibly for others? I pose these two questions because I am situated at a verge; I have begun work in earnest as an experimental documentary film maker where I am turning the arduous work of several of my jaunts of linguistic … ↪