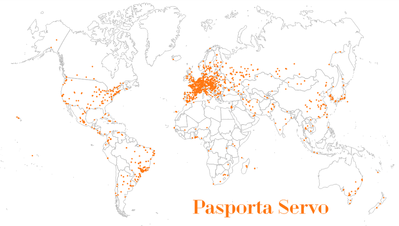 ”Now that I am dating an Italian, I will have to start learning Italian”… “I am going to Portugal during my summer vacation, can I borrow your dictionary?” … In Europe we are used to countries having each their language – Denmark has Danish, Sweden has Swedish, Germany has German and so on. But this is a truth with modifications. First of all, countries can contain more than one language, either minority languages such as German in Southern Jutland and Danish in the Flensburg area, or like entire language areas such as Greenlandic and Faroese in Denmark or Sorbian in Germany. Not to mention countries like India or China, which each contain hundreds of languages. Second, several countries can “share” … ↪