The poet Philip Larkin might be said to have been the bard of modern Britain, narrating the post-war transition from a boasting, marauding Empire to a world of rickety consumer goods, stale cigarette smoke – and everywhere, the smell of mildew and rain on concrete. But startling new research has revealed that this most modern of poets apparently based his best known poem on a medieval manuscript. In fact, “The Whitsun Weddings”, published in 1964, is not an original composition at all but a translation of a much older work entitled Hvítasunnubrúðhlaupin.

Professor Kaj Kage of the Leyton Technical Institute identified the manuscript: “Every now and then my bookseller, Johnny Openhouse on Paradise Street, gives me a tip when he hears of a manuscript fragment on the market. They’re normally grotty old bits of Books of Hours, but he hit the jackpot this time”. Prof. Kage was able to view and photograph the fragment before it was sold to a private collector, and in that time he transcribed the poem. “It was a bizarre piece. The language is Old Norse but the setting is in England. It seems to tell the story of someone following a wedding procession by carriage, and as the procession travels on, more wedding parties join the caravan”. Larkin’s poem tells the story of someone (presumably Larkin himself) riding a train from Hull to London which picks up couples beginning their honeymoons at each station it passes. “It’s not hard to see where Larkin got the idea!”, smirks Kage.

The professor points out that the form is unusual for Old Norse poetry: “It’s normally very strict stuff, but this poem has a much looser, more dream-like quality. I can only think of one other poem that even approaches this level of metrical depravity: A scatological mental breakdown of a poem called Grettisfærsla”. Pressed to explain the origins of Hvítasunnubrúðhlaupin, Prof. Kage suggests that it may have been composed by an Icelander visiting the East Midlands or perhaps East Anglia in the 1400s. “The poet refers to the ancient Kingdom of Lindsey, which today is in Lincolnshire, and they conclude their journey in London”, says Kage. “Although they occasionally use archaisms, including some gauche references to Old Norse mythology, there are a few later constructions which make me confidently place the poem in the Late Middle Ages”.

But if Larkin borrowed the general premise of The Whitsun Weddings from Hvítasunnubrúðhlaupin, how close is the parallel otherwise? “Well, there’s no doubt that Larkin modernised a lot of details. Let me give you some examples. The original has ladies wearing guðvefir glófar (“god-woven gloves”) which Larkin makes into plain-old “nylon gloves”.

The original has the procession passing allvangr einn … stöpull einn (“a muster field … a steeple”) which Larkin hilariously turned into “An Odeon … a cooling tower”. The poet’s use of mythological references is also a striking difference. The Old Norse original speaks of kílar meinblandnir með löðri Élivága (“streams polluted with the froth of Élivágar”) – Élivágar were poisoned streams in the other world according to Old Norse myth.

Larkin makes it a bit more mundane: “Canals with floatings of industrial froth”. The poet also refers to one of the Norns – beings that decide ones fate – called Verðandi: … búit at leysask með efnit er Verðandi gefr “ready to be released with the promise that Verðandi gives”. Larkin has “ready to be loosed with all the power / That being changed can give”.

How did Larkin come across the Old Norse poem though? Prof. Kage responds excitedly: “Well, Larkin was employed as the librarian at the University of Hull from 1955 until 1985. It may be that he came across the poem there, perhaps shown to him by an academic or a local antiquarian bookseller”. Kage is unsure whether Larkin saw the very same manuscript fragment uncovered by Johnny Openhouse. “He might have done, but there may also be another manuscript witness somewhere in the Hull area”. The professor points out that there were Icelanders operating in Eastern England in the middle of the 1400s, especially in Hull: “The project England‘s Immigrants 1330-1550 lists 43 Icelanders in fifteenth-century Hull. Could one of them have been the poem’s original author?”.

Professor Kage pauses for a moment before revealing whether he prefers Larkin’s modern update of the poem or the Old Norse original. “The Old Norse version is a bit mad, really. I think Larkin made it more serious, and he certainly made it more beautiful”. But the professor isn’t willing to dismiss his discovery entirely: “There are a few places where the Old Norse stumbles into beauty, even if it does so in the way that I have been known to stumble into Kebabish at 3.00 o’clock in the morning angrily waving a tenner and demanding to be stuffed with fish pakoras. There is that line of Larkin’s which describes the train ride as “this frail travelling coincidence”. It’s a line that stays with you. The Old Norse stays with me, just as doggedly: þessi skrjúpa sinnanda samkvæmd”.

Prof. Kage has provided readers of Lingoblog with a transcription of Hvítasunnubrúðhlaupin and a translation into modern English, ahead of their publication in a competitive, international academic journal. He also reads the poem aloud here: https://bit.ly/3ryPjFj. Larkin’s version can be read here and is read by the author here. 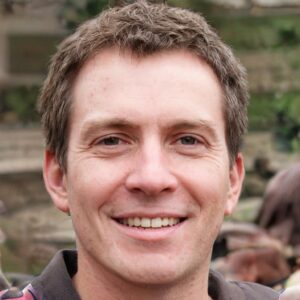 Alex Chen is a freelance journalist based in East London. He writes about public art, representation, and investment banking. 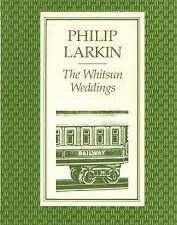 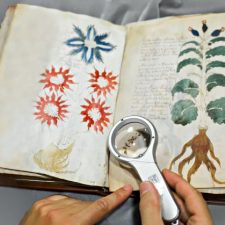 The Voynich manuscript: the decipherment of ms. 408 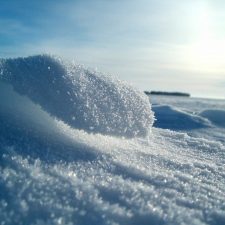