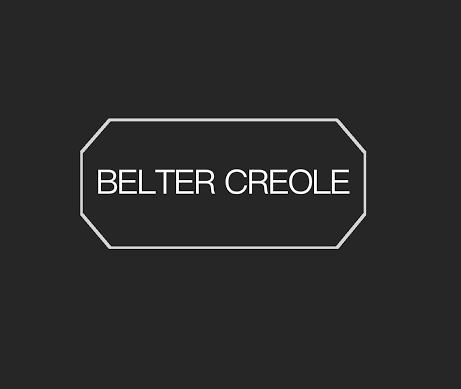 The Expanse takes place 200 years from now, in a future in which Earth has colonized the solar system. In this world, people emigrated to the Asteroid Belt from Earth looking for work, and now survive by scavenging materials in the Belt. In this contribution I will outline the construction and general characteristics of this very complex and interesting Creole and discuss some of its grammatical characteristics. It is important to highlight that mostly due to copyright issues, official information on Lang Belta is scarce and this contribution is based on material available online such as a few interviews with Nick Farmer and Eric Armstrong (respectively the linguist and dialect specialist that brought the language into being), online articles, and material (especially glossaries and phrasebooks) collected/composed by fans.

Background on Belters and Lang Belta

Nick Farmer developed this Creole basing it on the (incomplete) language already present in the The Expanse’s books by James Corey, while also keeping in mind specific instructions/wishes from the developers: the language had to avoid being censorable, it had to take the into account its English-speaking audience, and it had to work without subtitles.

Eric Armstrong, who coached the actors and helped them create their personal accents and levels of code-switching, also mentioned in an interview that Lang Belta on screen is supposed to sound “a bit like everything, sort of like nothing”. With these foundations and while keeping in mind the societal and immigration aspect of the Belter community and its language, Nick Farmer created three levels of Lang Belta: Pure Belta, Medium Belta, and Light Belta. The main difference between the three is the amount of English code-switching that is present within it, with Light Belta being the one that is easier to understand to an English speaker. Ideally when characters use Pure Belta on the show one should be able to pick up a few words depending on the languages they are familiar with, but still feel like an outsider. Nevertheless, in order to ensure that the Belter characters had the ability of being understood when it was relevant to the plot, they often speak Light Belta or an even lighter version, which resembles a dialect of English.

In the The Expanse universe, English is still considered a lingua franca and is the official language used in judicial matters in the Belt and spoken on Earth, making it feasible to have English-speaking characters in the show.

The assumed history behind the language is that the people that settled the Belt came from a variety of backgrounds and countries, and Lang Belta came into being within an unspecified amount of time. As the space station had to be constructed, they often communicated while in space suits and had to recur to a high amount of gesturing and body language that then became an integral part of the creole. The end result is a melting pot of languages inspired by the Haitian Creole but including many more languages. Farmer reportedly took inspiration from: Chinese, Japanese, Spanish, German, Persian, English, Italian, Russian, and several other Slavic, Semitic, Germanic, and Romance languages.

The presence of words from a specific language implicates that some people who spoke that language had migrated to the Belt. All of this was consolidated into place by the accent variation brought by Armstrong: he used the ethnic background of the actors to place them within the Belter society. That way an actor with Greek origins is a Belter of Greek origins and therefore could have more of a Greek accent and maybe use more Greek words than other Belters.

I will outline the major characteristics of the language, based on my own deductions, bits of information taken from interviews, and grammatical notions made available by fans that have been studying the language. On occasions Nick Farmer will reply to questions on Twitter and most of the answers have been collected on the The Expanse Wiki. For easier access and reference, I will be referencing the Wiki where language-related Twitter posts are found.

Lang Belta uses the Latin alphabet, like English, but it does not have a fixed orthography as within the show it is mostly a spoken language. In his interview with Ars Technica (2016), Farmer mentions that the language has no consonant clusters, but some may appear, unless these are written representations of single consonants: within words, such as owkwa ‘water’, and in compounds welwala ‘gravity/planet-lover’ (rough translation) or “traitor”. In some cases clusters appear orthographically but could correspond to a specific speech sound (phoneme) and therefore it cannot be considered a cluster, for instance dzhush /d͡ʒuʃ/ ‘juice’.

In Lang Belta vowels usually appear preceding or following a consonant (see previous examples), and as of now no occurrence of diphthongs or triphthongs has been attested.

The standard syllable structure of Lang Belta is CVC (consonant-vowel-consonant), but there are also syllables without one or both of these consonants. Therefore, other possible structures are: initial V, initial CV, and VC. For example, V ereluf ‘air’, VC unte ‘and’, CV xalte ‘to stay’, and CVC ereluf ‘air’.

Stress falls on the penultimate syllable, and in case of compounds it usually remains on the head of the compound. Some examples kowl ‘all’ kowlting ‘everything’ kowlpelésh ‘everywhere’.

Some of the input languages of Lang Belta are tonal languages (Mandarin Chinese), but the Creole does not present any grammatical tones. This is also the case in real-world Creole languages.

As for syntax and morphology, the Belter Creole can be categorized as an analytic or isolating language as it uses a high quantity of particles and does not show cases of morphological inflection. Lang Belta is a gender-neutral language. It shows number by adding quantifiers or directly using numerals in case context is insufficient to understand the quantity in question. The only words that have a specific plural forms are pronouns as in im ‘he/she/it’ and imalowda ‘they’. Lang Belta verbs do not use inflection to indicate who/what the verb is referring to. Verbs remain unvaried for all persons and tenses. As for the expression of tense (time) and aspect, particles are added to clarify tense and aspect: ta ‘past tense particle’, gonya ‘future tense particle’, ando ‘continuous aspect’ finyish ‘perfective aspect’ til ‘habitual aspect’.

Lang Belta has no copula like English ‘is’. The verb bi (‘to be’) appears to be omitted in all cases except for expressing the concept of “being in a place”. An example:

‘Belters are everywhere now, and seeing everything’

‘I am an Earther’

As an isolating language Belter Creole is rich in particles. Particles are used to indicate both negation and interrogation: na is the negative particle and it is placed before the verb

An interrogative particle ke is placed at the end of a question.

you understand me QUESTION

‘Do you understand me?’

When question words are used, it is not necessary to add the ke particle, as it is already embedded in the interrogative:

The interrogative words are placed at the beginning of the sentence:

As for word order, Lang Belta is an SVO language, i.e. subject-verb-object

That cat there he good-looking

‘That dame/bloke there is good-looking!’

Possessives and adjectives have to be placed after nouns, as

‘They are my friends’

In this short contribution, I have outlined the major characteristics of the Belter Creole/Lang Belta. It was quite interesting to notice how many of the words I could understand and how in most cases I could come up with at least one plausible explanation for the origin of words and expressions. Nick Farmer found interesting but often simple and plausible ways to carry out meaning and tried to keep into account two hundred years of semantic drift. Worth of notice is his care for the creole nature of the language: he expressed several times through his interview with Decipher Sci-Fi that while the nature of the language is obvious, he wanted to make sure that the language fit specific creole criteria such as the loss of tonality. I believe he succeeded. The language also lacks inflectional morphology and semantically opaque compounds, which together with the lack of tonality comprise the main criteria of a prototype creole according to creolist John McWhorter.

In the future we can hope for an official grammar and (fictional) history of the language.

Ars Technica. 2016, February 6. Ars talks with the creator of Belter Creole from “The Expanse” [Video]. YouTube.

Gessica Puccini is an MA student of Linguistics at Aarhus University. Her main areas of interest are historical linguistics and current language change. 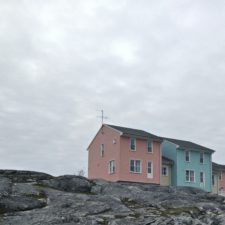 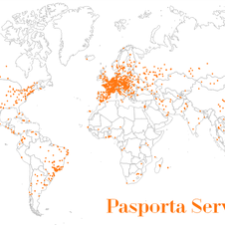 1 thought on “Lang Belta: the Belter language from SYFY/Amazon’s The Expanse”