“I drink to make other people more interesting”

The Short-Term Effect of Alcohol on Speech Production

The Danish drinking culture is an ongoing topic for discussion. Violence, fights and bad judgements all seem to be more prominent when alcohol is involved, as alcohol often influences people’s communicative skills in an alarming way. In social scenes, alcohol is considered a liquid courage as words appear to slip more easily over one’s tongue after a drink or two.

These tendencies are depicted in the prize-winning Danish movie “Druk” which became famous for suggesting that humans presumably were their ideal selves when intoxicated with Breath Alcohol Concentration levels of 0.5‰. The movie suggests that creativity and overall social features of people are reinforced with the influence of small amounts of alcohol. This is tested by four high school teachers as they try to obtain a constant alcohol percentage in order to balance their work and family lives. The results show a significant difference in their lives at first, as everything seems to be untroubled, but the negative side effects of this life style are inevitable. But does alcohol actually change the way we communicate? Imagine if it was possible to tell if a person is intoxicated – just by analyzing their word production.

The study shows that participants overall make fewer pauses when they have been drinking alcohol, which is perfectly in line with the common assumption that alcohol makes people speak more freely. The phonation time indicates how much of the measured time was filled out by speech production, which is highest for both men and women when they were intoxicated.  Additionally, the rate of the speech increased significantly when participants were drunk, so not only did they say more words, they also spoke at a faster pace.

So how can it be that alcohol seems to be a social booster and as a result change how we speak? Biologically, alcohol interacts with neurotransmitters in our brains which can affect the feeling of relaxation and the loss of inhibitions. Under the influence of alcohol, participants reported that they cared less about the errors they made, as they would be excused by the fact that they were intoxicated. Suddenly, they didn’t spend so long trying to formulate sentences in their heads first.

Other studies have found that participants viewed alcohol as a positive transforming agent and that individuals expect the influence of alcohol to increase social assertiveness. There seems to be a tendency across cultures, where alcohol plays an important role in facilitating cohesion in social events.

Some researchers argue that the main component in reduced tension as a result of alcohol, simply is just the result of people’s anticipation of being more relaxed when they drink- similar to the placebo effect. Individuals with a tendency to be more anxious or tense might be biased, as they pay more attention to information about alcohol as a social lubricant (Leonard & Blane, 1988). Put in simpler terms, we feel more relaxed when we drink, as alcohol behaves as a relieving factor in social settings. (Griffin & Ferreira, 2006),

One study has observed an effect of alcohol consumption on the ability to speak a foreign language. Native German speakers received a low dose of alcohol and were then told to engage in a conversation in Dutch, they had recently learned. Results showed that the intoxicated participants were judged by native Dutch speakers to have a better pronunciation compared to the sober participants. Interestingly, the participants who were intoxicated did not report an effect of the alcohol consumption to their Dutch language skills (Renner et al. 2017).

Evidently, these studies point to alcohol as a factor that, one way or the other, acts as a regulating factor in our behaviour. The amount of speech we produce, our own feeling of relaxation, and even how our pronunciation in a foreign language is judged by others are influenced by a small amount of alcohol.

A new possibility for alcohol detection

One of the aims of the study was to predict intoxication levels from speech production, and with machine learning and analyzing tools, this succeeded. A recording of a person was run through the data, and the computer was able to predict if the person was intoxicated or not, just by looking at the different speech patterns. The model had a 90% accuracy in predicting the condition of the participants (kappa=0.8, p <0.05). This could lead to new detection methods, for example creating the possibility of making alcohol detection through speech a standard equipment in automobiles in order to prevent drunk driving (Schiel & Heinrich, 2008). As one in ten traffic accidents is due to alcohol intoxication (Trafikulykker for året 2020), this will never cease to be relevant in both Denmark and other countries as well.

A sweet-spot for speech production?

But results from the study also pointed towards a different pattern. As suggested by the movie “Druk”, there seems to be a limit to the positive influence that alcohol can have on you, as the ideal part of our creative selves should have alcohol levels of 0.5‰. Furthermore, results from the study at Aarhus University show an indication of a ‘sweet-spot’ for speech production when intoxicated. It showed that as soon as participants had had too much to drink, the positive effect of alcohol started to wear off, and once again they started to speak slower and spend more time trying to produce a sentence. It was clear that the initial positive effect had disappeared, and all that was left was mumbling participants – just as the movie depicts.

Altogether it should be made clear that, although participants produced more speech after a few drinks, they didn’t necessarily produce fewer errors. In the end, self-consciousness might be a hidden factor, but knowing that it is possible to speak freely without weighing every word beforehand – and disregarding whichever errors might appear – we don’t have to fear the errors as much when we are sober. It might even be possible for us to speak more confidently in a foreign language. Cheers to that!

This experiment was conducted by Cornelia Slej and Ida Engstrøm.
The author of this paper, Ida Engstrøm is a 2nd year Cognitive Science student at Aarhus University with a special interest in human behaviour. 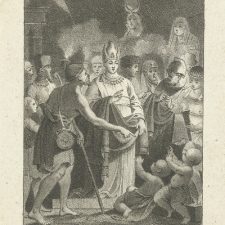 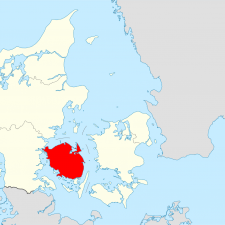 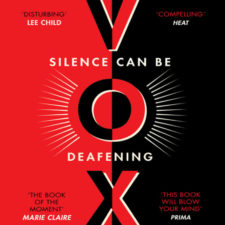 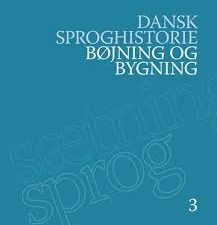